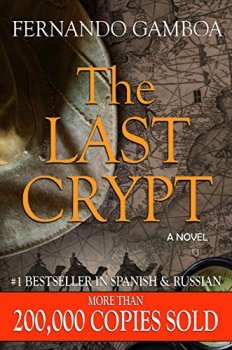 I discovered  some wonderful authors this year. The first one was Fernando Gamboa. He wrote a couple archaeology thrillers named The Last Crypt and Black City. The Last Crypt is about the lost treasure of the Templar’s. Black City is about the Lost City of Z. He also wrote a wonderful series named The Captain Riley Adventures, which takes place in the early 1940’s during World War II. I then found a wonderful story by Gamboa named GUINEA: A breathless thriller in the heart of darkness. This is the story of a young woman’s arrest and escape from “authorities” in Equatorial Guinea.

Another author that I started reading is Charles Brokaw. His character, Thomas Lords, is a Harvard  linguist and archaeology professor that specialized in ancient languages. the stories have a great combination of fast moving action and watching the characters solve historical mysteries and make fascinating discoveries. 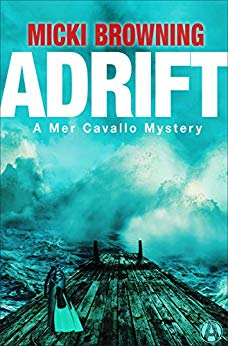 I really enjoyed a couple mystery novels by Micki Browning named Adrift and Beached. The main reason that I enjoyed them so much is that they took place in Key Largo, Florida and involved scuba diving on the coral reefs off the coast. I love diving in Key Largo so I was familiar with the places mentioned in the novels. That knowledge enable me to have a vivid image of the various scenes and events in the story.

Douglas Richards wrote a couple science fiction books named Split Second and Time Frame that took a different approach to time travel than most other writers. What made the time travel theory used in this story different from others is that we could only travel back in time a fraction of a second. This actually made a duplicate (but younger by a split second) version of the person or object going back  in time. In effect, it was more of a teleportation device than a time travel device.

I enjoyed many novels this year by Wilbur Smith, who is one of my favorite authors. He published an autobiography named On Leopard Rock, which was fantastic! I read a several of his books back in the late 80’s and early 90’s but lost track of his more recent project until a few years ago. On Leopard Rock inspired me to take another look at his more recent work. The Hector Cross series was different from most of Smith’s novels in that it takes place in modern times. In the book Those in Peril, Hector Cross and his security team must rescue the daughter of his wealthy employer from East African pirates.

His novel Sunbird is a two part story. The first part tells the story of the (fictional) archaeological discovery of an ancient Carthaginian city in northern Botswana in Africa. Northern Botswana is a long way from the Carthaginian empire on the Mediterranean coast of north Africa so it was a revolutionary discovery. Part two tells the story of the the cities rise to power and ultimate destruction. Although it was fiction Smith made it seem plausible that it could have happened and told a fantastic story with interesting characters, action and drama.

Eye of the Tiger is a shipwreck treasure hunting adventure that takes place in modern times in the Mozambique Channel and Indian Ocean off of the east coast of Africa. I totally loved the boating, diving and action adventure aspects of the story.